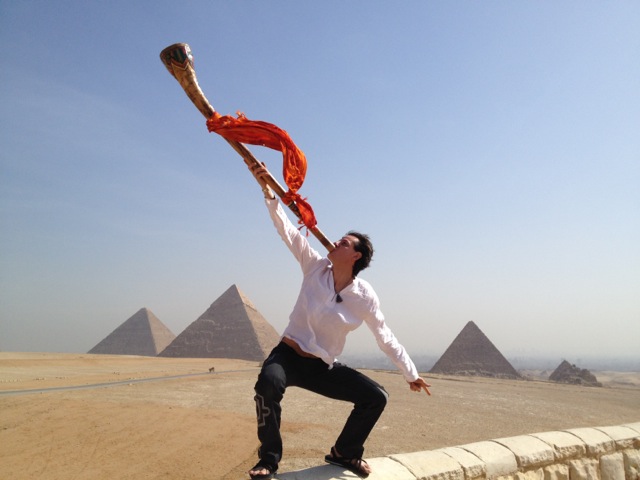 Over the weekend, Hearthfire continued exploring the power of sacred music by hosting an intimate concert and ceremony offered by  new friends from Ojai, California, Rafael Bejarano and Beth Leone. The private audience was a circle of thirty people, ranging in age from four to seventy years, some of whom traveled from as far as California and Ohio.

Colorfully dressed in traditional, hand-embroidered Huitchol garments, Rafael wove together stories and lessons from his life and travels with traditional song, and original music and poetry. His enthusiasm and sense of humor were palpable and invited us into his journey of spiritual exploration — which began, he explained, on a revelatory and blissful twenty-hour bus ride through Mexico! Beth accompanied Rafael’s storytelling and music by gracing the space with her voice and Qigong Temple Dancing. (We should also note that Hearthfire steward, Jack Algiere, made an impressive guest appearance playing the melodious Hang Drum — an instrument he had picked up only once before!). 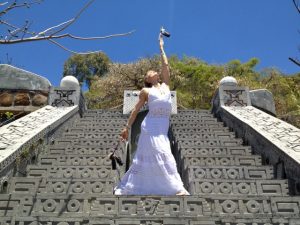 Rafael’s large repertoire includes mostly indigenous instruments, many of which he has crafted and decorated  himself, to generate a unique environment of openness and sharing. He played his Didgeridoo and Huaca — a three-chambered, ceramic flute, the name of which translates to “sacred relic” — directly to the heart of each audience member.

Of his work, Rafael says: “Through music and sacred movement, a bridge is formed between ancient cultures and the modern world, bringing us into a state of awareness of oneness.” For more information about Beth or Rafael, click on the photos above, which link to their websites.