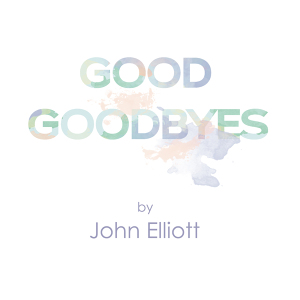 John Elliott’s 8th album is slated for release this month — click to preview!

We are thrilled to announce our next house concert: a special evening with California-based singer and songwriter, John Elliott. Please join us!

Admission is $20 at the door; all proceeds go directly to the artist.

Please e-mail us to inquire or reserve.

[Warning: a kimono may be worn during this performance.]

John moves us with the passion and vulnerability of his voice, the playful seriousness of his poetry, and the sweeping panoramas he creates in the studio. His work is rooted in the American idiom in the coolest way, but John’s collages of love, struggle, discovery and longing reveal a spirit and guts that are all his own. 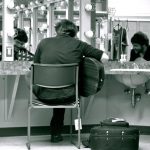 Last year, John Elliott made one of those radical life-changing decisions. It was the moment after a long time coming. The next week, he started recording an album. He was house- sitting for a friend in Los Angeles at the time because he had nowhere else to go. The house happened to have Pro Tools, an SM58 microphone and a midi keyboard. John happened to have an album’s worth of songs ready to record.

And that’s how Good Goodbyes began.

Moving to San Francisco while the album was in progress inspired a new round of songs and provided new recording tools – along with some very old ones, like the Fostex 4-track recorder he’d had since high school. The one he’d almost thrown out a hundred times.

Armed with some blank tapes and a borrowed Casio keyboard, John continued working in a 70-square-foot studio space in San Francisco, where he also lived intermittently between tours. Eventually, John was able to upgrade to a new digital recording set-up. What followed was a painstaking process of marrying the digital and analog sessions. Good Goodbyes is the product of that union.

Good Goodbyes will be released on John’s own Garland Lane record label on October 22nd, 2013. Pre-release copies on cassette are already available. The decision to pre-release the album on an analog format is a conscious attempt to create a shared listening experience, if only for a month. It presents the album as a complete work that tells a story with a beginning, middle and end, a format frequently lost in a digital culture.

Good Goodbyes is John’s eighth release. Recording alternately under his own name and with a loose cohort dubbed The Hereafter, John has arranged, performed, recorded, produced, and released seven albums over the past decade. Ranging in scope and sense from folk to pop to post-Garfunkel eyebrow rock, John’s music is as indelible as it is indefinable. Asked for influences, he creates a guest list to one amazing dinner party: Bruce Springsteen, Guns ‘N’ Roses, Michael Jackson, Wilco, Radiohead, and fellow Minnesota native Bob Dylan all passing the hotdish.